Created and developed by children’s media company, Dog Ears, and with funding from Northern Ireland Screen, the preschool show is designed to nurture empathy in young children.

Saturday Club follows the adventures of four friends – Tian, Jo, Suzie and Jamie – who meet in a play den each Saturday to discuss their week and play make-believe.

Each of the 6 x 3 minute episodes introduces a situation where preschoolers have to put themselves in others’ shoes in order to better understand them.

Children can learn to recognise and imagine various emotions and are invited to think about how others feel.

Miki Chojnacka, Chief Content and Creative Executive of Hopster said “At Hopster we believe that good entertainment should always teach kids something new. While academic skills are important, we think that children’s socio-emotional growth is often overlooked. So we decided to partner with Dog Ears to create a preschool show and accompanying game that nurture kids’ emotional intelligence and encourages them to consider the feelings of others.”

John McDaid, Creative Director at Dog Ears said “We’ve always written empathy into our stories, but we thought ‘Let’s make an entire show about empathy!’ – A show about stepping into someone else’s shoes and how that can change your view of the world for the better. The power of empathy, particularly in the development of young children, is something I’ve been fascinated with for a long time. Watching my own children and how they respond and empathise with others was the catalyst for Saturday Club.”

Richard Williams, Chief Executive of Northern Ireland Screen, said“Northern Ireland Screen was delighted to provide development funding to Dog Ears for the creation of Saturday Club. Dog Ears is a prominent member of our thriving animation sector and its team has a great reputation for working alongside major global names in children’s programming. Saturday Club is an exciting and unique concept and we are really looking forward to seeing the end result.”

Accompanying the new animation, Hopster has created a Saturday Club game that helps children further explore feelings and emotions with the help of the Saturday Club characters. Developed with the support of EmpathyLab, a UK not-for-profit organisation that inspires children to put empathy into action and is the founder of Empathy Day. The game draws on experiences from EmpathyLab’s primary school programme, which is designed to build real-life empathy skills in the classroom.

Saturday Club, the animation, is available worldwide from today. It can be found on the Hopster mobile app and on the Hopster channel available on selected smart TVs such as Amazon Fire TV, EE TV and Roku in the UK, Comcast Xfinity, DISH and Sling TV in the US and on many other platforms around the world.

The series is directed by John McDaid (Puffin Rock) and Robin Davey (Hey Duggee) with Ellen Solberg (Two Minute Tales) and Fionnuala Deane serving as executive producers. The series has been commissioned for 6 x 3’ shorts and launches on 1st April 2019. 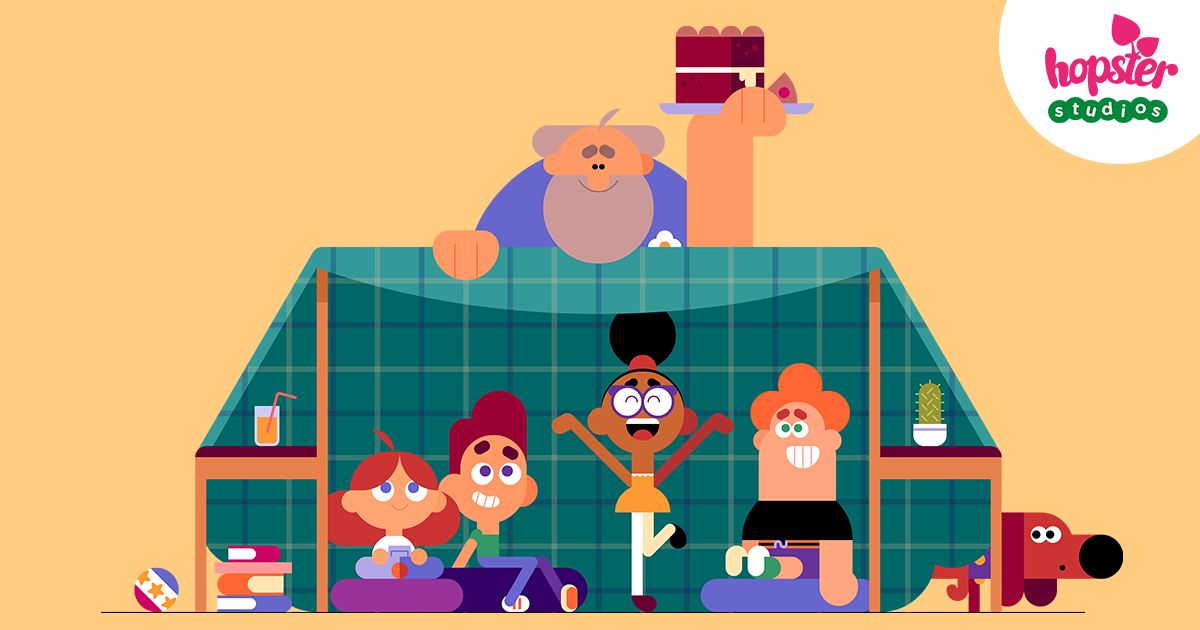 Hopster is a beautifully designed app for the under-sixes, aiming to strike the perfect balance between learning and fun. For one low monthly subscription with no tie-ins, Hopster subscribers get access to a large selection of kid’s TV shows, stimulating learning games, nursery rhymes, and music.

Hopster is trusted by millions of parents worldwide to keep their kids amazed with fun educational content in a safe and ad-free environment. It has topped the App Store charts in over 36 countries, was named Best Streaming Video Platform for preschoolers by Kidscreen as has received a channel nomination at the Children’s BAFTA in 2018.

Hopster can be downloaded free from the App Store and Google Play and can be found on selected smart TVs such as Amazon Fire TV, EE TV and Roku in the UK, Roku Channels, Comcast Xfinity, DISH and Sling TV in the US and on many other platforms around the world.