We search high and low for the best kids content out there, and we were especially pleased when we stumbled upon this gem, made by a group of students at the Animation Workshop in Denmark. It’s a beautifully animated short, mixing 2D and 3D animation, about imaginary friends.. only thing is they haven’t been imagined yet.

We spoke to director of the film, Sascha Altschuler, to find out a bit more:

Hopster: Where did the idea for Unimagined Friends come from?
Sascha: I was thinking about how elaborate some imaginary friends are. They seem to have their own very unique personality that are often quite different from that of the child that imagines them. So I thought, maybe they are already there, with their whole personality, but they need a child to bring them to life and make them ‘real’.

Hopster: Did/Do you have your own imaginary friend? 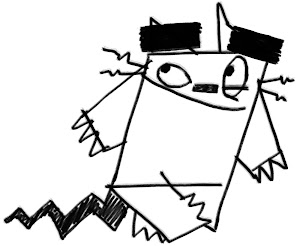 Sascha: I did, sort of. We had a door that didn’t close properly in the basement of the house I grew up in, and it would sometimes slowly creak open after you thought you’d closed it. I used to think that it was this invisible boy who was following me around. He even rode with me to school on the back of my bike. He didn’t say anything or do anything but I knew he was there and it was comforting knowing that he was. My friends had imaginary horses and dogs that we used to play with but I quickly got frustrated because I couldn’t see them and had to “pretend” that I saw them too. Clearly I must have been a very unimaginative child.

Hopster: What are your favourite cartoons/animations?
Sascha: I am a big fan of Adventure Time at the moment. It is very, very creative and I think it has found a style that makes it equally exciting to girls and boys and adults, which not a lot of cartoons can do. I also like Gravity Falls for the same reason. But to be honest I love spending my Sundays watching cartoons, be it Phineas and Ferb or Ben 10 or anything else that definitely does not count me in their target audience.

Hopster: It’s clear that a lot of work has gone into making the film, did you face any challenges?
Sascha: One of the biggest challenges we had, was how to get 2D and 3D animation to work together. In live-action and 3D movies you normally work with 24 frames per second (unless you are Peter Jackson) which means that in one second you see a sequence of 24 separate frames. When you animate in 2D you normally stick to around 8-12 separate frames per second, which means that the 2D animation moves a bit differently to the 3D animation. We were very pressed for time, but had some very good animators and a great technical team that together made it work. 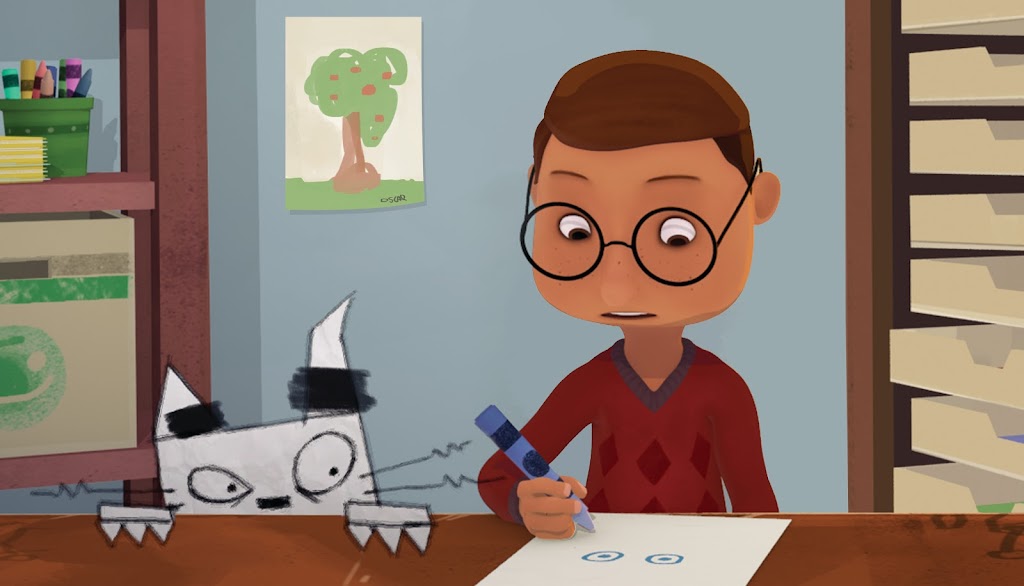 Hopster: What are the morals/teaching points in the story?
Sascha: I don’t believe that everything we make for children has to have a moral. You see so many cartoons today that focuses on teaching children the skill of sharing, or that you should not be mean to others or that having a dog means responsibility. I don’t think this has to be the soul purpose of cartoons, just as morals should not be the only reason to watch a movie when you are 40 years old. So I would rather inspire the children to go and make up an imaginary friend or just make them laugh. That said, maybe there is a moral in the story for the parents. That you are never to old to get yourself an imaginary friend.

To watch Unimagined Friends, look out for the Golden Leaf in the Hopster app. Enjoy!